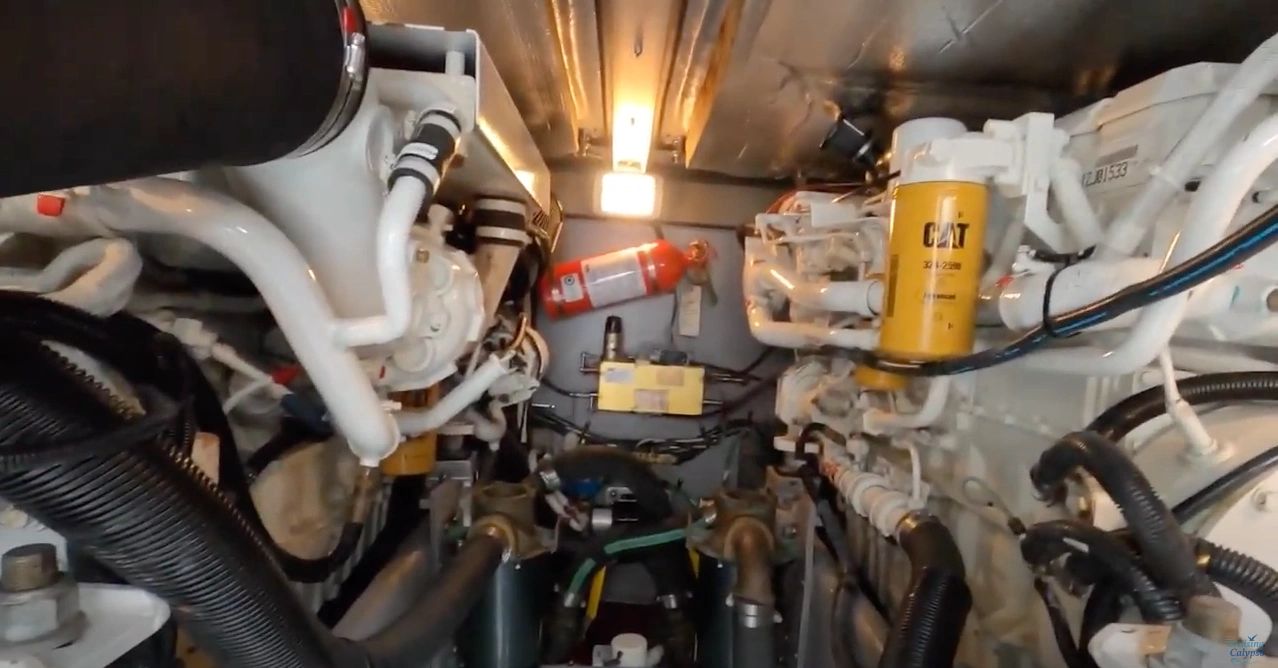 I want to share with you all an experience we had recently. We planned a day outing with friends on the boat to go to the beach. After all had arrived and got settled, we left our mooring and proceeded to go to the town dock to take on fresh water. We had no issues until I went to restart the engines to get under way again. The starboard engine would not turn over.  It clicked rapidly as if the starter was not engaging.  The port engine had no issues and fired right up. I was perplexed. Both engines had started only moments ago when we left the mooring to come to the town dock. I assumed it was a starter motor or solenoid that had suddenly gone bad but that did not make much sense under the circumstances. Still perplexed, I went to the engine room to stare at the engine hoping I would see something amiss. Nothing. I was called away by my wife who told me there was a problem in one of the heads. Rolling my eyes, I climbed out of the engine space where I had been observing the engine thinking that would be helpful but not actually doing anything.

Upon getting to the head, I was greeted by an over-flowing bowl. I presumed the head was clogged and put on gloves to try to clear it out.  Other than some paper, there was nothing that would seem to clog it. I depressed the foot pedal to activate the vacuum-flush system and not only was there not vacuum pressure, but I could not hear the vacuum pump running.  Now what, I thought.  I went to the salon where the power panel was and checked to see if the vacuum pump breaker was on.  It was.  I then checked to see if the head system was too full.  It should not have been because while taking on water, we pumped out the black tank into the shore system.  When I pressed the switch to light up the indicator, it was very faint. Hmmmm.  I checked the water tank indicator switch and it too was faint. I had an epiphany and flipped on the salon lights, nothing.   I looked the voltage indicator for the starboard battery bank, and it was showing 10.5 volts.  Way under volt and essentially dead.

So now I knew why there was no vacuum pressure in the head. I was slow to put it all together that this was causing the head not to flush. Then it hit me. The starboard battery bank was too low to turn over the diesel engine and what I was hearing was the starter trying to engage but without enough power to turn the motor over, nothing happened.  Now I was cooking. I turned everything off on the panel, to conserve power, and went above to the bridge. In most boats there is a way to parallel the batteries to hook port and starboard together.  Sea Ray has an emergency start button right on the dash, press it and both banks are connected.  I did so and hit the starboard engine starter button. It roared to life, as did the port engine. I throttled the engines to a fast idle and they ran perfectly. Now the final test.  With both engine running and putting out electricity, I went back to the panel and turned on the head and water systems.  I called out to my wife to try it again.  The head flushed normally as there was now sufficient power to operate the vacuum.

What did I learn? Well, some of you make have heard of Occam’s Razor, which when paraphrased means that, all things being equal, the simplest solution is often the correct one. All of the issues we experienced were due to an under-volt condition in the starboard battery bank. Should I have known that and put it together sooner?  Maybe. However, the cause of the low battery was still not known and since I was not expecting that type of issue, I did not think to look there. I also was not familiar with the sound of the starter engaging but not turning the engine. Had I recognized the sound, I might have concluded there was an under-volt situation. But I didn’t. Live and learn to always step back and look for the obvious solution before assuming the worst.

Once the engines were started, we decided to alter our destination slightly but continue our planned trip. I wanted to run the engines long enough to charge the starboard bank somewhat. We spent the rest of the day enjoying the company of friends in Hadley Harbor on Naushon Island.  Look for an upcoming post on my 5 best places to cruise to on Buzzards Bay.

I have asked the boatyard to load test the batteries and check to see if the alternator is putting out sufficient power. I will keep you posted on the outcome. In the meantime, I will post a video on the topic shortly. Make sure you watch, share and subscribe to the Cruising Calypso YouTube Channel.