Review: Saving the environment, one bottle at a time 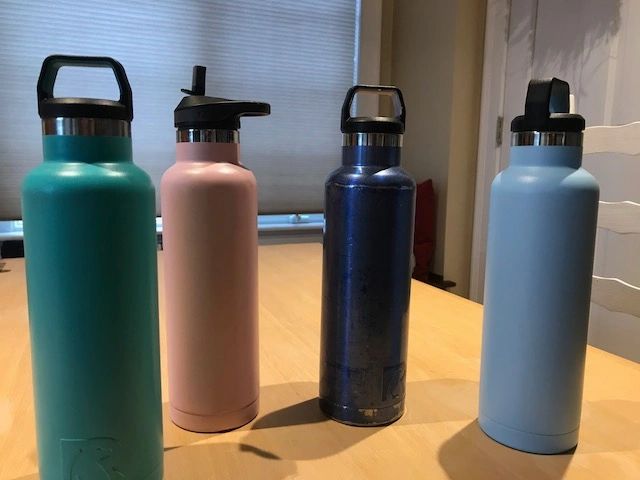 RECOMMENDED. This post is more of a product review but it shows how our family made a change in how we did something that if others followed suit would make a real difference. Like many people, during summer trips to the beach or out on the boat, we would consume a large amount of cold water. When out exploring different destinations, we would bring bottles with us or purchase water along the way. Now while we knew using disposable plastic water bottles was both wasteful and bad for the environment, we were unhappy with many of the alternative reusable bottles. These bottles were either too expensive or too small and did not carry enough water. A year or two earlier, we had become aware of RTIC, a company that makes soft and hard-sided coolers at very competitive prices. We had purchased a soft-sided cooler which we were very happy with. I will discuss our experience with that cooler in a later post. When we learned they were selling insulated bottles, we immediately purchased three 20oz in different colors, one for everyone in the family.

These bottles few a hit from day one. They are not some cheap knock-off of a more expensive brand, but rather high-quality double-walled vacuum-sealed bottles. Not only did they keep water cold, something a disposable plastic bottle does not do, but because they are larger than the typical 16 oz disposable bottle, they provided enough water for an afternoon at the beach or an outing. Coming in multiple colors made it easy to know whose bottle was whose. When they first arrived, the bottles had a screw top and the opening was a bit large to be comfortable drinking out of. We ordered their drinking straw cap with a tip that opened and made it easy to drink from. Here is the one complaint we have. All but one of those drinking straw caps broke. Looking at the web site today, it looks like they no longer sell that top but have replaced with a couple of different style tops. I am sure they work better.

We now have five of the bottles which supplies plenty of water for outings. We have gone one step further and purchased a two-and-a-half-gallon insulated jug from another manufacturer. We fill that jug from our water supply and add 1/3 ice. From that we fill all the RTIC bottles when we head out for the day. As a result, we have eliminated the use of single-use disposable plastic bottles in our household for the last three years. Not only has this use been better for the planet, but it has also been cheaper, and the water is colder which is much appreciated. We encourage those who have not made the switch to do so. Hopefully you will be as satisfied as we were.