Boat trip from Grasonville MD to Cape May NJ, leg one of our trip home 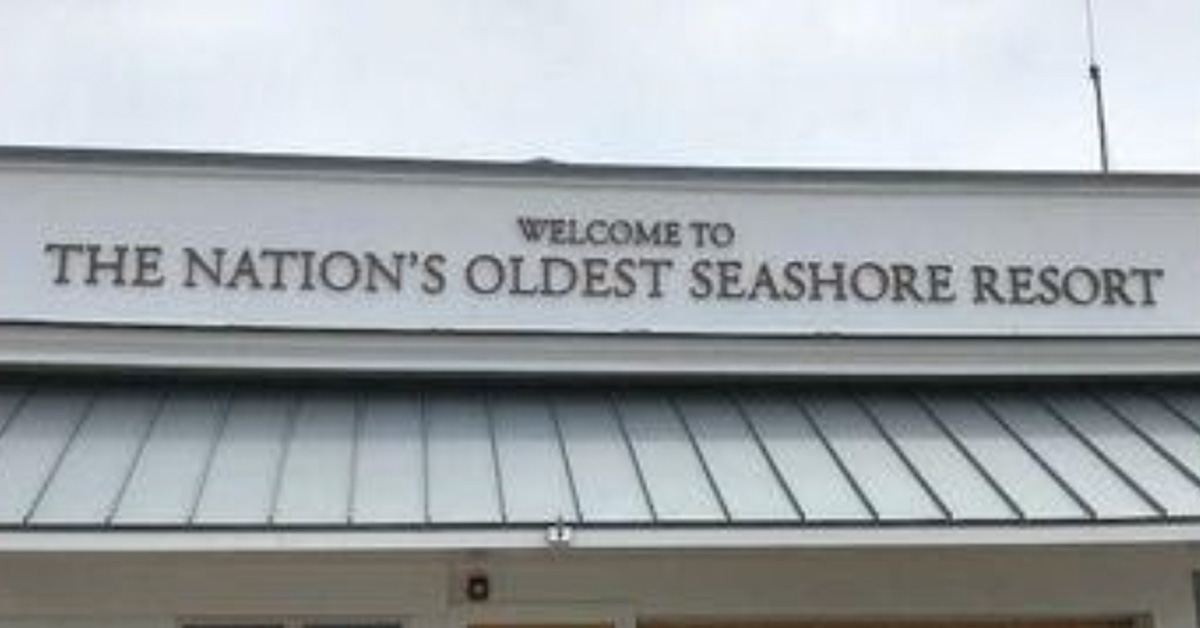 Like so many trips and adventures, they rarely go as planned. This one was no exception.  Despite the meticulous planning and arranging, we had our share of miscues and unexpected changes. Mother Nature proved to be equally unpredictable as well.

What added to this adventure of course as this was done during the COVID-19 pandemic.  Some may ask why did you travel at this time?  The answer is simple, circumstances were such that we needed to bring the vessel to its homeport in Massachusetts. Boating is an effective form of social distancing and any non-family contact was done with masks.

We had scheduled an Uber to pick us up at 6 am for an 8 am flight to Baltimore. 6 am rolls around and no Uber.  We check the app and get a message that no drivers are in the area and available despite the confirmation from the night before. What to do?  Being in an area with limited taxi service, we load the car and head off to an airport offsite parking we have used in the past. No problem, we can do this. While it took us longer to drive to the parking lot, we expected the airport to be lightly occupied so we would be able to get through security quickly. Luck was with us and we made it through security with little fanfare and to our gate on time. Fortunately, there were no further delays getting to Baltimore, but we were off to a bit of a rocky start.

After picking up a rental in Baltimore, we headed to Grasonville located just over the Kent Island Narrows bridge. Crossing the bridge, it was bathed in dense fog.  Nothing more than 20 feet around the car was visible.  We had picked these dates based on guidance from our hired weather router as being the best 4-day window coming up. The fog was a little anxiety-provoking given our planned departure for the next morning.

After stopping at Safeway to pick up pre-ordered supplies, we arrived at the boatyard to find that the requested bottom cleaning had not been performed. The yard had been very busy and had not been able to fit it in. As our plan was to leave the next morning, we had a tight schedule. Fortunately, the boatyard was very accommodating and within an hour, Calypso II was on the travel lift and out of the water. After a thorough, bottom cleaning, the decision was made to let the boat dry and then paint the running gear with zinc paint. This paint protects the running gear from marine growth and is cost-effective compared to some other treatments on the market.

After relaunching, I met with a technician from a local Diesel mechanics shop who was trained in Caterpillar engines.  Together we walked through the how-tos of the 3126 engine and key maintenance points to be aware of.  He recommended what spare parts I should have on board, including filters, impellers, and belts.  I intend to do some of the maintenance on the engines, so this was time well spent.

With the boat fueled, loaded and bottom cleaned, we departed for Cape May the next morning. The fog had cleared, and we had broken sun and clouds with 10-15 knots of breeze.  I had loaded in waypoints for the trip into the GPS the night before, so it was just a matter of following the route with the autopilot and keeping a sharp lookout for crab pots and other boat traffic. The autopilot was a great help and made the trip less taxing as we did not have to continuously steer the boat. We pretty much followed the shipping channel up the Chesapeake to avoid any shoaling close to shore. Lacking any local knowledge, we chose a more conservative course. Since the boat was new to us, I tried several RPM speed combinations, settling on 2,450 RPMs and 21 knots. In hindsight on the following legs, I reduced this to 2,350 RPMs to stay in the engine’s sweet spot for fuel-efficiency. The Caterpillar 3126 diesel engine is rev limited to 2,800 RPMs so my goal was to maintain around 80% load.

We proceeded north up the Chesapeake and had an uneventful trip to the Delaware and Chesapeake Canal. Once in the Canal, we passed several tug and barge tag teams and after notifying them of our intentions, passed them by. We maintained speed until reaching Chesapeake City where we slowed to no-wake speed which we maintained for the remainder of our time in the Canal.

Exiting the Canal, we headed southeast on the Delaware River on our way to Cape May.  We passed the nuclear power plant and a lot of commercial traffic. The weather continued to be good for cruising although at one point we entered a fog bank for a mile or two raising tensions a bit.  As we neared the mouth of the Cape May Canal, we started to see Dolphins swimming alongside the boat.  We tried to film them but the combination of the excitement of this first-time sighting and poor filming led to an unmemorable result.

We had been warned by the boatyard in Grasonville that one of the markers in the channel was missing and to stay close to the port side near the ferry docks. We followed another vessel in which we assumed they knew where they were going because they followed this port side course. It turned out they were new to the area as well and were following the route laid out by the Navionics app. They also ended up going to the same dock as we were. We turned off the canal into a creek where our transient dock for the night was located.

The Miss Chris Fishing Center, where we had booked our spot was interesting, to say the least. It had two transient slips, which were also the fuel dock. The place was a classic fishing dock with a bait store and daily fishing trips for groups. The owner was very nice and helpful.  We pulled in, tied up, and right behind us came the boat we followed into the canal. The boat was a Sear Ray 390 Motoryacht.  A boat that was similar in size to our 400 Sedan Bridge but a very different layout. This is to say that the boat had an enclosed bridge and two staterooms at opposite ends of the vessel as compared to Calypso II which has a sedan Bridge and both staterooms are located forward in the boat.

No sooner had we tied up in Cape May, then we contacted our weather router who told us that the next few days would not be suitable for travel off the New Jersey coast. Due to a passing front that was kicking up 3- 5-foot waves with the occasional 6-7 footer.  Based on this information, we reluctantly agreed that we could not depart for Staten Island the next day as planned but would wait out the weather until it was more suitable.

We enjoyed visiting Cape May for a few days. We were able to refuel and resupply our food at the local Acme supermarket and the Wawa. Wawa is a mid-Atlantic chain of convenience stores that is not found in the northeast. The stores are clean and nice and a great place to pick up snacks and coffee. We walked around Cape May, down to the beach and through the town. As expected, the crowds were quite small and those we encountered wore masks. Cape May is known for its gingerbread-style architecture which is quaint and appealing.

After our extended stay, we received the all-clear from the weather service and departed Cape May, four days after we arrived.  Stay tuned for the next leg of our journey

About a month or so ago, Mercury Marine released their new, naturally aspirated four-stroke V12…